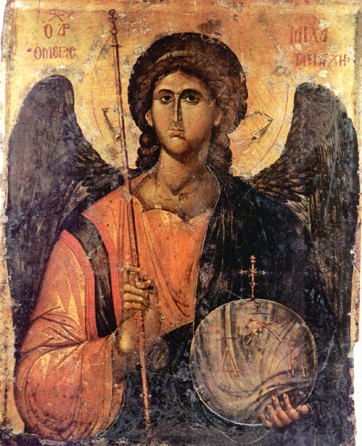 A growing number of well-known Christian leaders, such as Dr. David R. Reagan, John R. Stott, Greg Boyd, Roger Forster (co-founder of the March for Jesus events), Philip Hughes, Michael Green, Stephen Travis, and Clark Pinnock have declared support for part, or all, of the biblical doctrine of Conditional Immortality. Even the British Bible translator, William Tyndale, defended Conditional Immortality during his lifetime. Also, the very well respected scholar F.F. Bruce states, “Eternal conscious torment is incompatible with the revealed character of God” so he chose to write the forward to an excellent evangelical book on this topic called, The Fire that Consumes by Edward Fudge.

While some call it Annihilationism, simply stated, Conditional Immortality is the biblical belief that the immortality of the soul is not inherent (Greek thinking) but conditional (Biblical thinking) upon receiving the gift of everlasting life through faith in Jesus (Yeshua). It is part and parcel of the gospel. God alone has immortality-anyone else becomes immortal only as a result of God’s gracious gift (1 Timothy 6:16, Romans 2:7).

For centuries, church theologians have wrongly assumed the Greek doctrine of the immortality of all souls. Therefore, it is no wonder that the message of immortality has been completely dropped from modern preaching. I ask you, when have you ever heard a message offering immortality as part of the gospel presentation? It is almost never done, because today most people falsely assume the soul is already immortal. Yet, immortality through Jesus (Yeshua) alone is what the Jewish Apostle Paul preached:

He (Jesus), has destroyed death and has brought life and immortality to light through the gospel. (2 Timothy 1:9b-10)

Paul clearly links immortality to the gospel. Paul did not believe the Greek philosophy of his day which taught the immortality of all souls.

It is clear that PLATO and many Greek philosophers taught the soul was indestructible:

“The belief in the immortality of the soul came to the Jews from contact with Greek thought and chiefly through the philosophy of Plato, its principal exponent…”The Jewish Encyclopedia (www.jewishencyclopedia.com, searched “immortality”)

“It is a truism that Plato’s teaching has profoundly influenced Christian anthropology.” (Forward by F.F. Bruce, The Fire that Consumes, Edward Fudge)

Conclusion: Except for the Epicureans, Greek philosophers taught of the soul’s natural immortality-without God.

However, the scriptures teach the soul is destructible and immortality is part of the gospel.

“…who hath abolished death, and hath brought life and immortality to light through the gospel” (2 Tim 1:10)

Conclusion: Jesus and James taught the soul was destructible. Paul taught that immortality is brought through the gospel.

Before the Messiah, Jesus, came, no one had a chance at immortality because of sin. If they did, then Paul’s statement would make no sense. Why would immortality come through the gospel if all had it from birth? The gospel would not have brought about immortality-since all had it. But look how Paul frames in immortality uniquely and only with believers:

To those who by persistence in doing good seek glory, honor and immortality, he will give eternal life. (Romans 2:7)

Notice Paul uses the word “seek” when speaking of immortality. None of these attributes he lists here are inherent to mankind. If they were, then the word “seek” would clearly be out of place. Again, Paul did not believe the Greek philosophers who taught the immortality of all souls, neither did Yeshua (Jesus):

I am the living bread that came down from heaven. If anyone eats of this bread, he will live forever. (John 6:51)

Again, why would Jesus Himself make this plain offer to “live forever” if everyone lived forever?

It is important to note that in Hebrew, the word for “life/soul” (nehphesh) is never used in conjunction with the word “everlasting” in Tenach (The Hebrew Scriptures/Old Testament).

Likewise, in the New Testament writings, the word for “soul” (psukee) is never used in conjunction with the words “eternal” or “everlasting.”

Again–it is an assumption (based upon Greek philosophy)–that the soul of mankind is eternal and can never be destroyed.

The Jewish encyclopedia tells us the same thing:

The belief in the immortality of the soul came to the Jews from contact with Greek thought and chiefly through the philosophy of Plato, its principal exponent, who was led to it through Orphic and Eleusinian mysteries in which Babylonian and Egyptian views were strangely blended…

As Dirk Waren has put it:

Therefore, God’s Gift of Eternal Life is the Answer to Humanity’s Quest for Immortality and the Fountain of Youth. Think about it, what is humanity’s greatest desire–a greater desire than wealth, fame, true love or sexual gratification? From the ancient epic of Gilgamesh to Ponce De Leon’s obsessive search for the fountain of youth to our modern-day compulsion to remain youthful-looking as long as possible, humanity is obsessed with the idea of immortality, the idea of living forever.

Again I ask you to read through all of the articles here to see how unbiblical the concept of the immortality of the unsaved soul is. Immortality is reserved only for those who put their faith in Jesus (Yeshua). All the rest are destroyed (not preserved), (Matthew 10:28) after a period of time. They will suffer no more and no less than their sins deserve-then will be destroyed forever just as the Messiah foretold. And before you may falsely conclude that those who hold to Conditional Immortality believe the lost do not suffer at all for their sins, it is very obvious that they do.

The future they face on judgment day is 1) suffering in proportion for their sins–then 2) destruction. Yet all the lost will not receive same amount of suffering for their sins before they are destroyed. God will see that they receive the exact amount of “stripes” they deserve. Some (like Hitler) will receive very many “stripes.” Others will receive “few” as Yeshua (Jesus) says. After they have received their appropriate “stripes,” then they will “perish” as John 3:16 states. (“perish” or “apollumi” in Greek: be destroyed). The wages of sin is death (Romans 6:23, Revelation 2:11), not eternal existence in torment. Ezekiel states clearly that “the soul that sinneth, it shall die” (Ezekiel 18:4), and a plethora of other Bible verses and passages endorse this position.

Also, in regards to suffering, scripture seems to indicate that what the lost have suffered here on earth, for their sins, may actually count as partial payment then (Isaiah 40:2). Additionally, when we look at what Messiah Jesus did for us, in suffering for us, His suffering took place in this world, so it is clear that His suffering in this world will count as credit for believers in the next world. Because we believe that Jesus suffered and died for us here (and that is the gospel), therefore, it is a safe assumption to believe that unbelievers who suffer terribly in this life will have that suffering count towards the payment for their sins. This alone helps explain why some (not all) sinners suffer in this world. Better to pay for it here than there. However, do not believe for a moment that those who hold to Conditional Immortality believe there is no payment for those who have done evil in this life. There will be! Justice, in its proper amount, will be served. No more, no less, for God is Just.

Interestingly enough, it was the serpent who was first to suggest that sinners would not die, “And the serpent said unto the woman, Ye shall not surely die” (Genesis 3:4). Sadly, this is the same lie being told today, that everyone lives forever. Therefore, apart from the gospel, there is no immortality. Please read next chapter: Are all souls born immortal?