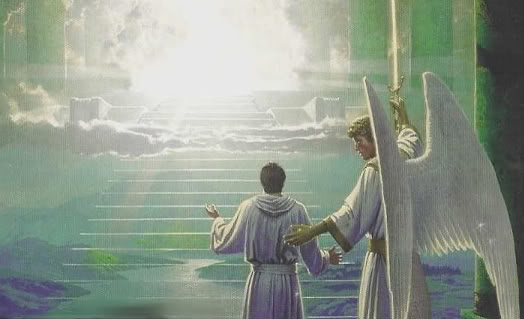 Immortality: Will all souls live forever, either in heaven or hell? This is a key question. Please take a moment and think about it. What you believe about the nature of the soul will be the lens by which you view the very important question about the fate of unbelievers.

It will affect how you present the good news to an unbeliever. Is immortality inherent or is immortality a gift that only believers receive? This is a question of immense proportions. I cannot stress this enough. The Greeks had one view, the scriptures have another.

If you believe the souls of unsaved men live forever, then which of these two statements do you believe? There really are only two choices:

The great Inter-Varsity Press evangelical author, John R. Stott, (who also left the Traditional view) brings up a well-argued point for Conditional Immortality, when he states:

“…it would seem strange…if people who are said to suffer destruction are in fact not destroyed; and…it is difficult to imagine a perpetually inconclusive process of perishing.”

Stott is correct. Reread that statement. The word destruction is meaningless if there is not a point where the destruction is complete. In other words, you can’t keep on destroying something for all eternity. It’s a contradiction in terms. Therefore, Conditional Immortality correctly affirms the biblical position that the souls of the lost people will all be destroyed at the end of the age. (Revelation 20:15) This is what the scripture calls the “second death.”

The second death could not mean eternal torment because it is linked to the first death. The numerical values “first” and “second” show that they are related terms and therefore the deaths must be related too. In the first death, the body stops functioning. In the second death, the body and soul stop functioning forever. They are both destroyed. Yeshua (Jesus) says specifically “both” in Matthew 10:28. Sadly, Traditional theology wrongly states that the soul cannot be destroyed in clear contradiction to the Lord’s word.

Additionally, Jesus did not mention Gehenna (translated as hell) more than at half a dozen occasions (Matt. 5:22,29,30, 10:28, 18:9, 23:15,33, Mark 9:43 and Luke 12:5) and almost all are in the gospel of Matthew. In His day, Gehenna was the Valley of Hinnom just south of Jerusalem. The inhabitants of Jerusalem would just carry their garbage, including dead animals, bones and other waste, outside the south gate of the city (still to this day called “the dung gate”), down the hill and into the “Valley of Hinnom,” into GeHinnom (translated as hell in the New Testament). The waste that was dumped there was then either burned up in the fires that usually burned there, or it rotted away, being eaten by maggots and worms. By the time of Yeshua (Jesus), the Valley of Hinnom had been used for centuries by the inhabitants of Jerusalem as their local garbage dump. Jesus’ audience specifically knew about the valley of Hinnom where the garbage was burned until it was gone, but they would have known nothing about a place where people are burned alive forever in an immortal state.

Scripture clearly states that Adam and Eve lost the chance at immortality in their natural state.

“And the LORD God said, Behold, the man is become as one of us, to know good and evil: and now, lest he put forth his hand, and take also of the tree of life, and eat, and live forever:” (Genesis 3:22)

“So he drove out the man; and he placed at the east of the garden of Eden Cherubims, and a flaming sword which turned every way, to keep the way of the tree of life.” (Genesis 3:24).

It is clear as a bell that God did not want them to live forever as sinners. He specifically stopped it from happening by placing angels and a flaming sword there to block the way. It is only by believing in Yeshua (Jesus) that mankind has another chance at immortality.

“…and hath brought life and immortality to light through the gospel…” (2 Timothy 1:10).

It will be on Resurrection day that believers only will put on immortality.

Even Traditional Judaism and Bible believers alike all correctly conclude that there will be a bodily resurrection one day. It is called the Tehiyyat ha-Metim = “the resurrection of the dead” and even written in the Traditional Jewish prayer “the Shmona Esre”; and the writer of the book of Hebrews refers to this fact (the resurrection) as “foundational” teachings in Hebrews 6:1-2. However, those who hold to Conditional Immortality know that the lost will not gain immortality on resurrection day, but will be destroyed (cremated) only after suffering for their sins–no more and no less than they specifically deserve.

Trees with bad fruit are burned (Matthew 7:19), and so are unfruitful vines (John 15:6) and useless weeds (Matthew 13:40). These figures are all employed to depict the fate of sinners at the final reckoning. They will be cast into “unquenchable fire.” This is the Greek word asbestos which means “inextinguishable.” It describes a fire which burns without interruption; it is an enduring fire which none can extinguish no matter how hard they might try. It is important to notice here, however, that it is the fire that Jesus describes as enduring, NOT that which is cast into it. To try and transfer the quality of endurance from the fire itself to that which is cast into it is completely unwarranted either grammatically, logically, or theologically.

That which is cast into the fire will BURN UP. This is the Greek word katakaio which means “to burn up; consume.” It signifies to completely, utterly, totally destroy with fire. It is enlightening, in the context of this study, to note that this word is used in the LXX (Septuagint) in Exodus 3:2 where Moses beholds a burning bush–“The bush was burning with fire, yet the bush was NOT consumed.” This particular bush was preserved in the fire (what the Traditionalists proclaim will happen with the wicked), yet Jesus disagrees with this doctrine. Jesus informs us that sinners will NOT be preserved in the fire (like the burning bush was), but rather will be “burned up”–just the opposite of preservation. Thus, the view of final punishment promoted by many is actually in direct opposition to the teaching of Jesus Christ. Jesus says the wicked will NOT be preserved in the fire, the Traditionalists say they WILL. Jesus says they will be consumed in the fire (unlike the burning bush), the Traditionalists say just the opposite (that they will endure without being consumed, just as the bush). Whom will you believe? As for me and my family, we choose to believe JESUS.

The human soul is not immortal. The Torah teaches us that in the beginning man was banished from the Garden of Eden and forbidden to eat from the Tree of Life, so that he would not live forever, so that he would not be immortal. Mankind is headed toward death–the first death, followed by the Second Death. He is not, by nature, immortal. In 1 Timothy 6:15 16, Paul says that God alone possesses immortality–not us. In 1 Corinthians 15:53 the great Rabbi teaches that the redeemed will not become immortal until the time of their resurrection. “For this perishable must put on the imperishable, and this mortal must put on immortality.” In other words, immortality is a gift of God which He gives in His grace to the redeemed at the time of their resurrection. In 2 Timothy 1:10, Paul states that because of the appearing of our Savior, Messiah Yeshua, He has abolished death and brought life and immortality to light through the Gospel. It is Yeshua who brings immortality to those who receive the Message of Salvation that He alone offers. There is no need to believe that most human beings will suffer eternally in hell if the human soul is not intrinsically immortal–and it isn’t.

Source: What I Believe, What I Reject, Rabbi Loren

Another important point. In John 3:16, the word “perish” in the Greek is “apollumi.” It is correctly translated many other times as “destroy” throughout the New Testament. Therefore, let’s correctly understand John 3:16 as follows:

“For God so loved the world that He gave His only begotten Son, that whosoever believes in Him shall not perish (Gk: apollumi; be destroyed), but have everlasting life (i.e. immortality–knowing God).

Therefore, the proper biblical question is not, “Where will you be in eternity?” but “Will you have an eternity?”

Sadly, most of humanity will be destroyed on Judgment Day. They will not gain immortality. They will not gain life. Jesus states this plainly, “He that loveth his life shall lose it; and he that hateth his life in this world shall keep it unto life eternal.” John 12:25. It is life itself that we can “keep” or “lose.” As a matter of fact–God choice to us is always “life” or “death”–never “life in bliss” or “life in eternal torment.” He always urges us to “choose life.”

Scripturally, the choice is between destruction (not preservation in torment) and life!
(see Matthew 7:13-14, Romans 8:13, Galatians 6:8) 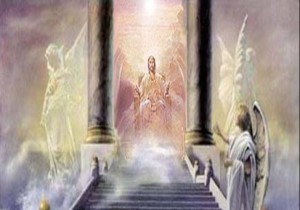 Immortality is only for a select few-those who are born again (“who hath abolished death, and hath brought life and immortality to light through the gospel” 2 Timothy 1:10). The rest of humanity, after suffering according to the level of their sins, will be destroyed. The wages of sin for them will be death (Rom 6:23). God only has immortality–anyone else becomes immortal only as a result of God’s gracious gift (1 Timothy 6:16, Romans 2:7).

If you still doubt this, then look at what Jesus Himself clearly offers to the world:

Again, “I am the living bread which came down from heaven: if any man eat of this bread, he shall live forever.” John 6:51.

Why would Jesus make such an offer–to “live forever”–if everyone lives forever? (As I have heard countless preachers say?) No, the truth is “living forever” is reserved only as a gift of the gospel. (“Hath brought life and immortality to light through the gospel” 2 Tim 1:10). The wicked will have to pay accordingly on Judgment day, but their final destiny is destruction (not preservation). Apart from the gospel, there is no immortality.

Philippians 3:19 “Their destiny is destruction…”

How can it be any more plain than that? They will be destroyed.