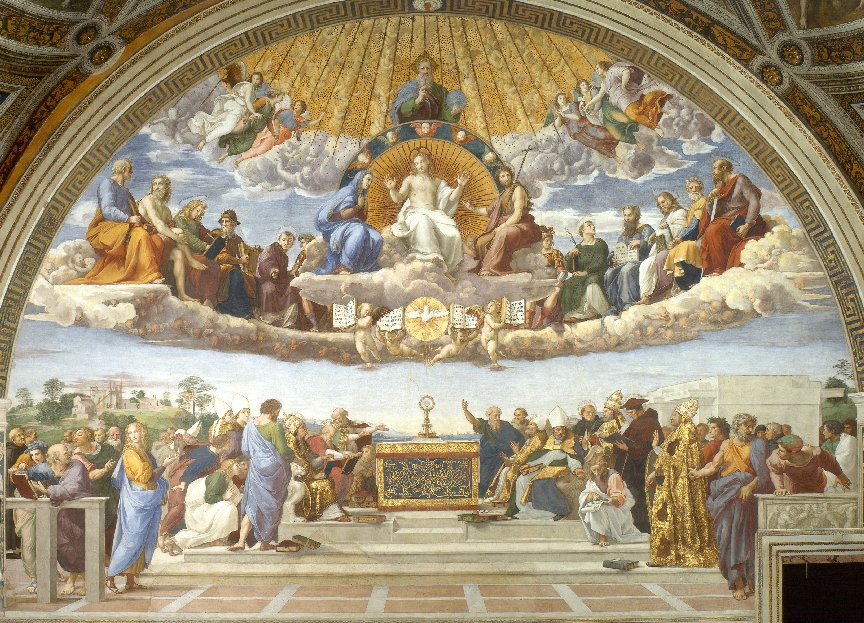 “If hell is where both the body and soul are destroyed,” are you saying there is no “punishment” for the unsaved?

Absolutely not. The lost clearly need to be saved from their sins. (see Matthew 1:21) What Conditional Immortality correctly and simply teaches is that immortality is conditional. It is only for the saved (2 Timothy 1:10). Therefore, the punishment of the sinner is not preservation in torment, but eschatological death. It is Capital Punishment where body and soul destroyed in hell on Resurrection Day from the judicial hand of God. It is loss of life forever; it is eternal death beginning on Judgment Day.

It is rather interesting that most believe “death” is the worst punishment you can face on this earth in a court of law, yet do not believe this about Judgment day in God’s court. Adherents of eternal torture hold such a low view of life, that death is not a punishment for them. Yet this is exactly what the wages of sin are (Romans 6:23): body and soul destroyed in hell. For God, death is the worst judgment of all, because He holds life as precious! Adherents of eternal torment do not believe life is precious enough to believe that removal of it is a punishment! How sad!

For the wages of sin is death, but the gift of God is eternal life in Christ Jesus our Lord. (Romans 6:23)

This scripture is not to be given any theological “spin” to its meaning. Read it plainly. Death is the absence of life. “Death” (Gk: thanatos) does not mean torment in Greek–never. Its parallel is in Romans 6:23 which is the gift of “eternal life” for the believer. The setting is clearly eschatological. The “wages of sin” will be the sinners” loss of life (death) at the end of the age. It is their “second death” (Revelation 20:14-15) which ends (not preserves) their body and soul’s living forever (Matthew 10:28). 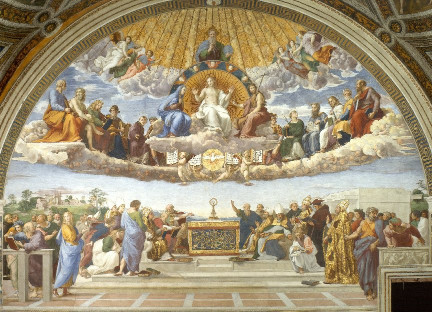 Let us think for a moment what we do to murderers in our society. Do we torture them endlessly? No. This would be called “cruel and unusual punishment.” The 8thAmendment to the United States Constitution states this. Is this amendment godly or ungodly? It is clearly godly! So we can see that even an unsaved lawmaker instinctively knows that the unending (24/7) physical torturing of a twenty year old murderer for the next 50 years (assuming his life span to be seventy years) would certainly not make the punishment fit the crime. Never ceasing, unending physical conscious torture for 50 years would not be a fitting punishment to any crime committed. Even evangelical biblical scholar Clark Pinnock rightly states about this eternal torture doctrine, “How can one love a God like that? I suppose one might be afraid of Him, but could we love and respect Him? A god who maintains an everlasting Auschwitz for his enemies whom he does not even allow to die.”

Again, I cannot state this strongly enough, even unsaved man knows this fact. Why do the unsaved even know that? Because they still have some retention of God’s law of right and wrong in their thoughts. God would certainly NOT approve of any courtroom sentencing any human criminal to unending conscious physical torture 24x7x365. That judgment would certainly be worse than the crime itself! They would understand that this would go against the very moral fiber built into their consciences (fallen as they may be). So we see in this specific area of our own penal system, God has placed this right understanding of punishment even among the unsaved (Romans 2:15). Then why do believers “shut off” their God given consciences and suppress every fiber in their being which screams “Eternal conscious torture (the Traditional view of hell) really does not make sense!” The punishment does not fit the crime.

The punishment must fit the crime. It does not seem right that trillions of years of torture, and more (since that would only be the beginning of one’s torture), await those who committed crimes for a few years here on Earth.

Source: What I Believe, What I Reject, Rabbi Loren

Even in Torah (Books of Moses), there was no basis for unending physical torture-none. The conscience strokes due to a person were always limited.

If the guilty man deserves to be beaten, the judge shall make him lie down and have him flogged in his presence with the number of lashes his crime deserves, but he must not give him more than forty lashes. (Deuteronomy 25:2-3)

The adjectives “many” and “few” in Luke 12 could not be used if eternal conscious torment were what He was teaching here. He would have used “heavier” and “lighter” if the duration of conscience sufferings were eternal. So according to Yeshua’s (Jesus”) own words, some will have “many stripes” (Hitler types) and some will have “few stripes” (only God knows).

Now there will indeed be pain and suffering in the dying process. That much is absolutely true, (just look at what happened to Jesus (Yeshua) on the cross). However, the “wage of sin” (Romans 6:23) is ultimately death, not the suffering process in getting to death itself. It is the “second death” (Rev. 2:11).

Again, it is eternal punishment, not eternal punishing. (Matthew 25:46) Death (when body and soul destroyed in hell) is the punishment; and it lasts forever. That is why it is called eternal punishment. It is a punishment with everlasting effects. Remember, Jesus Himself tells us that the fire was never made for humans, it was “prepared for the devil and his angels” (Matthew 25:41). Humans, however, will be destroyed there–cremated according to Isaiah 66:24.

Notice, Paul also tells us exactly what the punishment of the lost is: “Who shall be punished with everlasting destruction” (2 Thessalonians 1:9). Paul clearly says they will be destroyed (not preserved) and that the destruction will last forever. After suffering according to their sins, they will be shut out from everlasting life and miss out on seeing the glory of God. It is capital punishment: body and soul destroyed in hell.

Look at Capital Punishment in theory. What is the judicial underlying basis for capital punishment? In other words, how is putting them to death really a punishment? It is the years of life a condemned murderer is missing out on. That is really why it is a punishment to him or her. It is the removal of what could have been for them. That is the only valid basis for such a punishment really being a punishment to them. Please give some deep thought behind the judicial notion of Capital Punishment for a few moments and you will see that the loss of what could have been for them is indeed the main punishment to a criminal being put to death. The suffering that goes along with the process may be valid, but the final payment and penalty is death itself.

This, then, is precisely the same punishment awaiting the unsaved at the Final Judgment. The only difference will be that a human judicial court can only remove the bodily life of a person as punishment. Jesus (Yeshua) taught that God had the power to “destroy both soul and body” in Gehenna (hell) (Matthew 10:28). The word “both” is the operative word here. Jesus is saying, there is nothing left alive (functioning) of a person after God’s destruction (in whatever time frame it occurs) has taken place.

The fact that it will last forever makes it “eternal punishment” (Matthew 25:46) Remember, this occurs after their resurrection (Revelation 20:12). They now know that God exists and certainly has the power to raise the dead (after all, they will have just been resurrected themselves). Maybe they will have hope that this upcoming death will also be temporary and they can then gain eternal joy in the New Jerusalem? But the statement to them of their “eternal punishment” (Matthew 25:46) will remove all hope from them. Since they refused the payment of Yeshua (Jesus), they will suffer only for their own sins and then face the “second death.”

Evangelical author Edward Fudge, a former Traditionalist, makes the same point in his classic book The Fire that Consumes:

“Where a very serious crime is punished by death and the execution of the sentence takes only a minute, no laws consider that minute as the measure of the punishment, but rather the fact that the criminal is forever removed from the community of the living.”

On this basis we regard a 20-year prison sentence to be greater than a 10-year sentence, a 50-year sentence worse than one for 20, and life imprisonment greater than these all. Yet, as Constible pointed out, “From the earliest records of our race capital punishment has been reckoned as not only the greatest but also the most lasting of all punishments; and it is only reckoned the greatest because it is the most lasting. A flogging, inflicted on a petty thief, inflicts more actual pain than decapitation of hanging inflicts upon a murderer. Why then is it greater and more lasting? Because it has deprived the sufferer of every hour of that life which but for it he would have had. Its duration is supposed co-existent with the period of his natural life.”

(Edward W. Fudge, The Fire That Consumes. A Biblical and Historical Study of the Final Punishment, Houston, 1982, p. 199)

The unsaved will be destroyed forever; body and soul destroyed in hell. Paul clearly states that the unsaved will “be punished with everlasting destruction” (2 Thessalonians 1:9). Notice he does not say “everlasting preservation.” No hope of resurrection, no hope of life anymore. Just as a judicial court merits out the death penalty with the underlying basis of it being “missing out” on the rest of your life, so too will the sinners punishment be “missing out” on the rest of your eternity.

This is why Jesus (Yeshua) and the apostles and the Psalmist can all state: 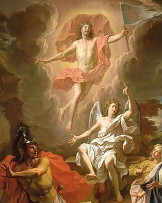 Again, I repeat the keen observation of that great evangelical commentator, John R. Stott, when he states:

“…it would seem strange…if people who are said to suffer destruction are in fact not destroyed…it is difficult to imagine a perpetually inconclusive process of perishing.”

The fact of the matter is this, the body and soul of unbelievers can and will be destroyed one day. It will be Judgment Day to be exact. This “Day” is spoken about over and over again in scripture. Yes, the process itself will include suffering, but the end result according to the Jewish scriptures (the Bible) is destruction, death, cessation of life and thought.

Jesus taught that God would not “preserve” (as is commonly taught) but “destroy” both body and soul one day. Even if no other Biblical writer ever used the word “destroy,” we would still be forced to accept the “destructibility” of the unsaved soul even if only based upon this rock solid statement of the Son of God in Matthew 10:28 when Jesus said, “Do not be afraid of those who kill the body but cannot kill the soul. Rather, be afraid of the One who can destroy both soul and body in hell.”

Plato was wrong, the soul is not indestructible.

Jesus was right, it is destructible.

This is what is Biblically true. Conditionalism correctly teaches this truth from God’s Holy Word.

> See answers to commonly asked questions on our FAQs page