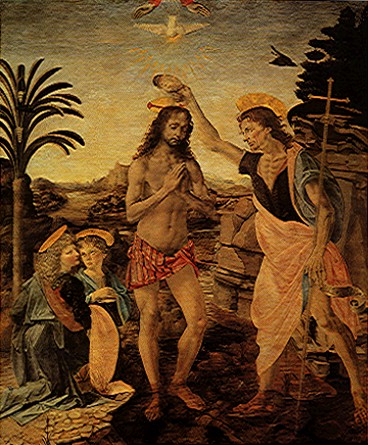 Isaiah 66:24 is the key to understanding Gehenna

Isaiah 66:24 states “And they shall go forth, and look upon the carcasses of the men that have transgressed against me: for their worm shall not die, neither shall their fire be quenched; and they shall be an abhorring unto all flesh.”

Why is this verse key? Because Jesus quotes it verbatim in Mark 9:48. Therefore, it is a clear statement about Gehenna (hell) and must be looked at in the context of Isaiah 66. (Jesus would have known it in context and so should we.) Also, the word “Gehenna” is what Jesus used whenever he spoke of “hell” –and that was the name of the garbage dump in Jerusalem! So His listeners would not have understood Jesus as speaking of eternal torment here. Gehenna was a place where worms and fires lived, but not people! Now back to Isaiah 66:24.

In this verse we have believers, (“they” in verse 24), going out to look upon the very place tradition tells us we will never see. Isaiah clearly states that we will see those in Gehenna. He cannot state it more clearly in verse 24, “And they shall go forth, and look upon the carcasses.”

We, believers, will look upon dead bodies in Gehenna. (Did you ever consider that?) And what will be seen? Isaiah makes it clear, we will see “carcasses” (Hebrew: pegerim = dead bodies). This is at the point in time when all in Gehenna (hell) have already died in “body and soul” (Matthew 10:28). Then we will be permitted to view them. They will be ashes by this time (Malachi 4:3)–cremated.

Jesus quotes these words (Isaiah 66:24) in one of His own famous statements about final punishment (Mark 9:48), and they have formed the basis for much Christian teaching on hell ever since. It is important to look carefully, therefore, at what the verse actually says…

The righteous “go out and look” on their enemies’ corpses…They look at corpses (Hebrew: pegerim), not living people. They view their destruction, not their misery. Other Bible verses mention “worms” in connection with dead bodies. Several kinds of flies lay eggs in the flesh of carcasses, which hatch into larvae known as maggots. These serve a beneficial purpose in hastening decomposition. They are also a symbol of ignominy precisely because they attack only bodies deprived of burial. To the Hebrew mind, even if a man could live to be 200 years old and have 100 children, without a proper burial he would better have been stillborn (Ecclesiastes 6:3-6). Like Jezebel, these corpses are left unburied; they are “loathsome” to all who see them (2 Kings 9:10).

To burn a corpse signified at times a thing utterly accursed or devoted to God for destruction (Josh 7:25). It also was an act of complete contempt (Amos 2:1)… Because this fire is “not quenched” or extinguished, it completely consumes what is put into it. The figure of unquenchable fire is frequent in scripture and signifies a fire that consumes (Ezekiel 20:47, 48), reduces to nothing (Amos 5:5,6) or burns up something (Matt 3:12). Both worms and fire speak of a total and final destruction. Both terms also make this a “loathsome” scene. The righteous view it with disgust but not pity. The final picture is one of shame, not pain.

(Edward W. Fudge, The Fire That Consumes. A Biblical and Historical Study of the Final Punishment, Houston, 1982, p. 111)

Certainly the fact that we, as believers, will go out and “look upon” these dead bodies in Gehenna (hell) must make us change the paradigm by we see the fate of the lost through.

Is this not what happened to Sodom and Gomorrah? They became ashes and the surrounding towns could eventually walk through there with amazement and see ashes everywhere of those who were incinerated.

Notice the Jewish apostle Peter draws this same conclusion, “And turning the cities of Sodom and Gomorrah into ashes condemned them with an overthrow, making them an example unto those that after should live ungodly” (2 Peter 2:6). If Sodom is an example (Peter’s own words) to us of the fate of the ungodly, then their becoming ashes must be the same fate reserved for the lost–cremation. Sodomites became ashes, Peter tells us the unsaved will also become ashes–not tormented forever as is erroneously taught.

Additionally, Malachi also tells us the wicked will be turned into ashes, just as Peter stated above, “And ye shall tread down the wicked; for they shall be ashes under the soles of your feet.” Malachi 4:3

Isaiah, Peter and Malachi tell us the fate of unbelievers is for them to become ashes, cremated. Ashes that will be looked upon with contempt or disgust (Isaiah 66:24, Daniel 12:2). These are bodies and souls of men that are now destroyed (Matthew 10:28).

No doubt it will be terrible for the lost on Judgment day, but the Traditional notion of eternal torture is not found in these verses. Dead bodies “turning into ashes” is what is written by Isaiah and spoken by Jesus (Yeshua).