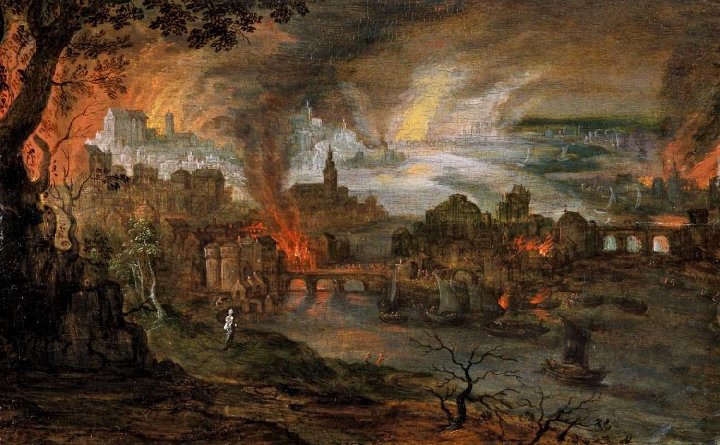 Some have opposed the view of literal everlasting destruction on the grounds that it is adhered to (in one form or another) by various cult/borderline cult groups like the Jehovah’s Witnesses, the Seventh-Day Adventists, Christadelphians and the Armstrongite sects.

NOTE 1: Although the Seventh-Day Adventists are an evangelical sect, many consider them a “borderline cult” because of their legalistic views regarding the Saturday Sabbath and Old Testament dietary laws, as well as their rigid allegiance to the prophetess Ellen White and their “all or nothing” mentality.

NOTE 2: Herbert W. Armstrong founded the Worldwide Church of God, a sect that was legalistic, exclusive and adhered to various strange doctrines (like Anglo-Israelism). In the mid-90’s, about ten years after Armstrong’s death, this group reformed to a more orthodox perspective, but there are numerous groups that splintered off — some adhering to Armstrong’s teachings (e.g. the Philadelphia Church of God) and some not (e.g. the United Church of God). The reformed group (the one that puts out The Plain Truth) decided not to officially adapt the eternal torture doctrine; they instead left the issue open, urging Christians to biblically seek the matter out for themselves and draw their own conclusion.

Some of my Christian friends, who openly admit that literal everlasting destruction seems to be biblical, have pointed out that this “just doesn’t look good.”

God is not prejudiced with knowledge and truth. Whoever humbly, honestly and diligently seeks knowledge and truth will find it, regardless of what sectarian tag they choose to go by. Such groups as these have been able to clearly see the biblical validity of literal everlasting destruction because they have decided to step outside the blinding influence of religious tradition. Once this is done, the truth is plain to see for anyone who is literate.

The bottom line is that it is not a fair or valid argument to oppose a view simply because it is adhered to by a group that one objects to. The groups mentioned above, and similar such sects, have a high regard for Scripture. Consequently, we all naturally agree with them on some things (e.g. adultery is a sin, prayer is important, etc.). Are we wrong on these issues simply because these objectionable groups adhere to them too? Should we reject what the Bible clearly teaches on these issues merely because these objectionable groups agree? Of course not. The argument holds no water.

Adherents of never-ending roasting torture obviously resort to such weak arguments because of the abysmal lack of biblical support for their position. Their goal is to divert attention from the scriptural facts. The argument is therefore nothing more than an avoidance tactic with the implication that people who believe in literal destruction are “guilty by association.” This is fine as long as we understand that guilt by association works both ways. We could ludicrously argue, for instance, that since adherents of eternal torture believe in the immortality of human souls, and pagan religions and philosophies believe the same thing, then supporters of eternal torture are pagans. Or we could argue that since false religions like Islam believe in eternal torture, then Christians who believe in eternal torture are false religionists as well. Need I go on?

Furthermore, we lose credibility with members of cultic organizations like the Jehovah’s Witnesses and Christadelphians because of our official adherence to such doctrines as the immortality of the soul (apart from Christ) and eternal torture. Since members of such groups usually know the Bible fairly well, it is impossible to ever convince them of these doctrines because they’re not taught in the Bible. These people naturally reason that if we are wrong on these important issues, we’re likely wrong on other doctrinal matters as well. We thus close the door on rescuing them from the cults (or borderline cults) they’re trapped in.

It goes without saying that members of cultic or borderline cultic organizations will be more open to authentic Christianity if we humbly admit that Christian tradition has grievously erred in regards to the immortality of the soul separate from Christ and eternal torture.

This article was edited from Chapter Six of HELL KNOW.