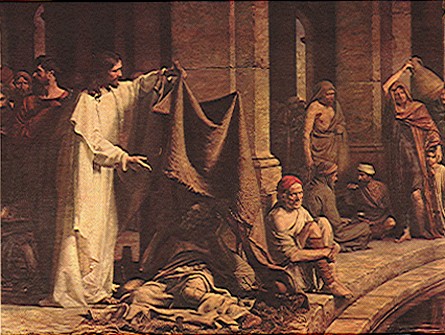 Everyone asks, “What about the rich man and Lazarus in Luke 16:19?” The teaching of Conditional Immortality means that the soul of man is finally destroyed on the Day of Judgment–at the end of this age. Therefore, technically speaking, this scripture has no bearing on this doctrine.

However, as a side note, there is sufficient reason for understanding this passage of scripture as a parable.

“Some Jewish parables, including the rabbinic one mentioned at the beginning of this section, named a character or two…But this parable specifies only economic inversion.”

The list could go on and on, but suffice it to say that there are sufficient grounds for looking at this as a parable. Either way, let it be said again, that the teaching of Conditional Immortality means that the soul of man is finally destroyed on the “Day of Judgment”–at the end of this age (Revelation 20:14. Therefore, technically speaking, this scripture has no bearing on the doctrine of Conditional Immortality, the destruction of the lost. Many Evangelicals who hold to Conditional Immortality also hold different views on the intermediate state and this paper does not discuss the intermediate state. It is also important to remember that if Jesus suffered on the cross for about six hours–we have every reason to believe that the lost will suffer no more than the same amount of time that Jesus suffered.

NOTE: For great information on the intermediate state of “Sheol”–visit www.sheol-know.org.