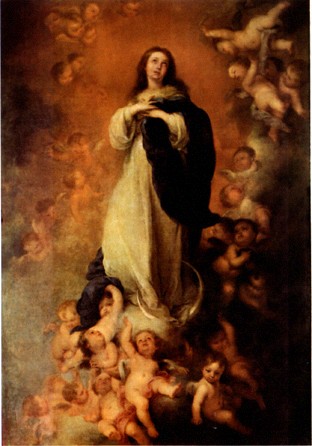 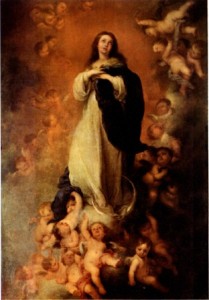 Spiritual death simply means that the spirit of a person is dead to God, that is, the capacity of their spirit to unite them with God is dead because they lack eternal life. The only life they have is the temporal life inherited from the perishable seed of Adam. Christianity is all about reversing this tragic condition through spiritual rebirth via the imperishable seed of Christ, the second Adam. Consider the scriptural evidence for this…

9You, however, are controlled not by the sinful nature but by the spirit, if the Spirit of God lives in you. And if anyone does not have the Spirit of Christ, he does not belong to Christ. 10But if Christ is in you, your body is dead because of sin, yet your spirit is alive because of righteousness.

Exactly how the human spirit of the unredeemed person is dead is explained elsewhere by Paul:

But whoever is united with the Lord is one with him in spirit.

This reveals that the unbeliever is not one with the Lord in spirit. In other words, he/she is dead to God.

The unbeliever who is alive on Earth has yet to suffer physical death and the second death. The latter takes place when an unredeemed person is discarded in the lake of fire (Revelation 20:11-15). As such, he or she only has two deaths to experience — physical death and the second death. The unbeliever is already spiritually dead because this condition was passed on to them via Adam. As such, Paul described the Ephesians and Colossians as “dead in transgressions” or “dead in their sins” before their spiritual rebirth (Ephesians 2:5 & Colossians 2:13). Since they hadn’t yet experienced physical death or the second death, Paul was referring to the state of spiritual death.

Elsewhere Christ spoke of the condition of spiritual death, which is a present state in the unredeemed (John 5:24), as did John (1 John 3:14).

The concept of spiritual death is first detailed in Scripture in the book of Genesis:

16And the Lord God commanded the man, “You are free to eat from any tree in the garden; 17but you must not eat from the tree of the knowledge of good and evil, for when you eat from it you will certainly die [muth muth]”

‘Die’ in verse 17 is translated from the Hebrew word for death, muth, which — as you can see — is actually cited twice consecutively in the text (you can read the original Hebrew text here). A more literal translation of this verse would be: “but you must not eat from the tree of the knowledge of good and evil, for when you eat of it, dying, you will die” (which is basically how the Young’s Literal Translation renders it). In other words, the very day Adam sinned part of his being died, leading to his eventual demise.

The Hebrew word muth always indicates that something has died or will die. It does not mean “separation” as some claim. If God meant to warn Adam that he would “separate” He would have used the Hebrew word badal. So what died? Adam’s immortal nature. In other words, he lost his eternal life.

This can be observed in the fact that Adam & Eve hid from the LORD immediately after suffering spiritual death. This condition robbed humanity of guilt-free access into the presence of God and the precious communion thereof.

Paul also spoke of spiritual death when he said: “Once I was alive apart from the law; but when the commandment came, sin sprang to life and I died” (Romans 7:9). This alludes to the age of accountability, which is the age that the LORD holds people accountable to sin. Have you ever run into a family where the parents are heavily involved in sin, like drugs & crime or sexual immorality, but their kids are bright-eyed & bushy-tailed? Regardless of the moral degeneracy of their parents, the kids have the sparkle of life in their eyes! It’s incredible. Why is this? Because they’re spiritually alive.

The condition of spiritual death is passed on from Adam to everyone born into this world (Romans 5:12). Thus anyone past the age of accountability will only experience two deaths — physical death and the second death. Another way to put it is that spiritual death results in two inevitable deaths — physical death and the second death, which is eternal death, aka literal everlasting destruction (Matthew 10:28, Hebrews 10:26-27, 10:31, Luke 19:27 & 2 Thessalonians 1:9). Thankfully, no one has to suffer the second death and that’s what makes the gospel of Christ such good news (Romans 6:23).

To understand the condition of spiritual death it’s necessary to grasp that it is the spiritual side of human nature that actually “connects” with God. “Original sin” is the reason this capacity does not exist with those who are spiritually dead. The doctrine of original sin of course suggests that humanity’s fallen nature — our inclination to commit sin and the corresponding alienation with our Creator — was naturally passed on to all of us by our primeval parents, Adam and Eve. You can read scriptural details about the fall of man here.

In order for a person’s spirit to unite with God he or she needs to be spiritually regenerated. This explains why Jesus taught that our spirit must be “born again” for us to “see the kingdom of God” (John 3:3 & 3:6). Other key passages on the necessity of spiritual rebirth include Titus 3:5, 1 Peter 1:3,  1 Peter 1:23, 1 John 3:9  and James 1:18. Those who are spiritually reborn “cross over from death to life” (John 5:24 & 1 John 3:14). In other words, they transfer from a state of spiritual death to a state of spiritual life.

The “second death,” by contrast, is a future event entailing the complete destruction of soul and body in the lake of fire (Revelation 20:11-15). The condition of spiritual death ultimately results in the second death, which is an absolute death (Matthew 10:28 & Hebrews 10:26-27).

I want to stress again that the awesome message of Christ is all about fixing the condition of spiritual death and its repercussions by redeeming humanity through the substitutionary death of Jesus Christ (1 Peter 2:24, Isaiah 53:6 & John 3:16).

This article was originally edited from Chapter Six of HELL KNOW but has since been edited and includes additional text.